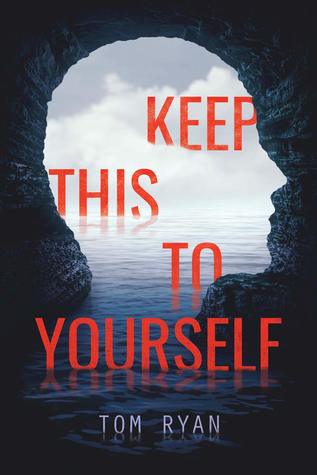 It’s been a year since the Catalog Killer terrorized the sleepy seaside town of Camera Cove, killing four people before disappearing without a trace.

Like everyone else in town, eighteen-year-old Mac Bell is trying to put that horrible summer behind him—easier said than done since Mac’s best friend Connor was the murderer’s final victim. But when he finds a cryptic message from Connor, he’s drawn back into the search for the killer—who might not have been a random drifter after all. Now nobody—friends, neighbors, or even the sexy stranger with his own connection to the case—is beyond suspicion. Sensing that someone is following his every move, Mac struggles to come to terms with his true feelings towards Connor while scrambling to uncover the truth.

DISCLAIMER: I received an eARC from the publisher via Netgalley in exchange for an honest review.

As I write this, I’ve been on such a murder mystery kick, which means that 4 stars is SOLID. SUPER SOLID. After all, I’ve had comp material to compare it to, and this is the one that’s stood out as the very best at the end of the day. So, why should you read it?

For one, if you like murder mysteries, this is an excellent one. All mysteries should have twists, but this one has twists I liked more than other books, going in a direction I actually didn’t anticipate. Given that I just love love love piecing together a mystery before the characters do (I challenge myself to do it all the time!), the fact that this surprised me? Basically calls for a standing ovation from my corner. I love being surprised in mysteries! As long as it’s not totally weird and out of left field, of course. And this was not weird and out of left field; it was carefully laid out and made sense and was EXCELLENT.

Point two, it’s queer! The protagonist, Mac Bell, is gay, as is another character who comes into the novel (who could be bisexual or queer in some other form, but is definitely a boy who likes boys), and neither of them are buried gays! Excellent! Low bar to meet, to be sure, but moving past that, they were well done. I can’t say I share the exact same experience, since I’m not a guy, but I am queer, and some of the anxieties Mac feels about confronting how he feels about certain people in his life felt very familiar, as did some of the relief he felt at connecting with someone else who also isn’t straight. Not to mention the discomfort during a scene with homophobia targeted at him (for those of you wary, it is a brief scene, and the homophobia is condemned instead of being allowed to slide by, so yay for that too!); he really felt familiar and real and excellent.

It probably helps that this is an emotional book, set a year after Mac’s life was turned upside down by his best friend’s death. Mac’s upset, and when the message mentioned in the summary comes into his life, it comes with all kinds of emotions that no teenager is really equipped to handle rationally and calmly. Life’s rough for Mac, and even though he makes questionable choices sometimes, and thinks his ideas are smarter than they might really be, he’s a grieving kid who’s doing he can with the resources he has, and he wants closure. All that together is a powerful thing that really made me like him a ton as a lead!

And when you cap all of this off with an unsettling seaside town and the lurking uncertainty about who the killer could be, about who’s watching, who’s waiting, it makes for an excellent, eerie read. I can totally picture reading this on a late summer evening near a beach, with a foggy coastline and approaching dark and the sense that something just isn’t right… It’s atmospheric as hell, folks, and it’s another huge part of what made this book so amazing.

Honestly, possibly the only thing I didn’t love was that the story to some extent relies on miscommunication (and active lying tbh) from people who should be up front with each other, and that there is a particular aspect of it that requires some suspension of disbelief in order for everything to close smoothly. It’s still a phenomenal novel, and I had a blast reading it, but those two little things did irk me a bit, since they felt like a patch rather than a fully integrated, logical portion of the narrative. When you have a murder mystery, you need logic, especially when you’re closing it all up; logic is the name of the game at the end of the day.

But it wasn’t enough to knock off more than a star for just being distracting. Other than that, Keep This to Yourself was riveting and immersive and more than a little chilling when the pieces started to click into place properly. I’d absolutely recommend it to anyone who wants more murder mystery on their shelves, and especially to folks who want queer murder mystery without the bury your gays trope rearing its ugly head!

At this point, it’s definitely not too late to pre-order Keep This to Yourself, or to request it at your library! It comes out on May 21st, a hair under a month from now, and there’s also a pre-order/library request campaign you can submit your receipt to, if you’re so inclined! One of the gifts is classified, so perhaps it’s something fancy. Or alarming. Who knows? You’ll just have to wait and find out after lining up your copy of Keep This to Yourself in some form or another…

So, have you had a chance to read Keep This to Yourself, if you’ve got ARC access? If not, are you planning to? And what’s your favorite murder mystery? Bonus points for atmospheric mysteries, of course!

7 thoughts on “Keep This to Yourself by Tom Ryan”