There’s always time for books and breakfast, right? But especially today, since I was tagged for the Pancake Book Tag by Kat @ Novels and Waffles! 🥞

There are some of us who like waffles more than pancakes (sorry, but those of you who think that are wrong), and those of us, like myself, who choose pancakes any day (righteously so)! Which means this tag is basically a dream come true, and Becky @ Blogs of a Bookaholic is obviously a breakfast/literary genius for creating this tag.

If you read my review of Wilder Girls earlier this week, you might know I’ve talked about this already, but seriously: for such a gruesome, graphic book, it also has some phenomenal descriptive work to it that brings the whole of Raxter Island to life. It’s lyrical in a haunting way, and I think that’s what kept me going past the initial ew ew ew factor that the body horror bits gave me. Seriously gorgeous, if you can stomach the gore that comes with the territory. And an odd combo, now that I think about it?

Who would I be if Shades of Magic didn’t make it into a tag somehow? But Lila Bard is peak “sharp in wit or temperament” and I love her to death. She’s stabby and sharp and stubborn and she’s ambitious, which means I love her to death and then some.

On an unrelated note, I feel a Shades of Magic reread coming on. Gee, I wonder why?

So, The Lies of Locke Lamora isn’t exactly soft and comforting in terms of content, but it’s one of the books that made me fall back in love with reading in high school, and it’s probably the source of all my love for morally grey thief characters. I’ve reread it so many times at this point, and honestly, I think I’m due for a reread again some time soon. It’s just so fun and clever and expansive and OH NO I MADE MYSELF SAD BECAUSE BOOK FOUR STILL ISN’T OUT…

I’m not actually one for book hangovers (even if it was an amazing book that left me needing to pause, by the next day or two, I tend to launch into something new), BUT. Finishing Priory of the Orange Tree meant I needed to stop and take a breath because I was so overwhelmed in the best of ways. It was a phenomenal novel, filled with characters I adored, representation I needed, and one friendship that had me openly crying with how incredible it was. And I’m not a book crier.

This book made me feel SO MUCH, and I adore it for doing so.

The Screaming Staircase definitely checks all the boxes for indulgent, because it’s got snark and ghostbusting and an underdog trio, and it’s the kind of thing I feel a little silly about reading in my 20s before going “NO, READ WHAT YOU WANT” and then getting right back to enjoying it. Hell, the whole series is like this! Fun and indulgent for sure, even if I know myself well enough not to read it when the lights are off, haha. 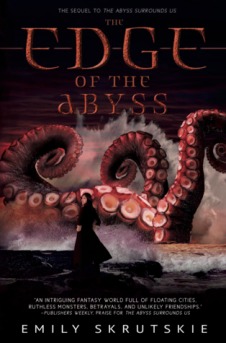 Swift from The Abyss Surrounds Us and The Edge of the Abyss seems like a prickly pirate at first, but she’s easily one of my favorite characters in this series (and frankly, one of the best pirates I’ve ever read) because as the story unfolds, so does her history and her reasons for becoming a pirate, not to mention her motivation behind the events that led to TASU’s opening incidents. She’s more than just the local tough girl for sure! 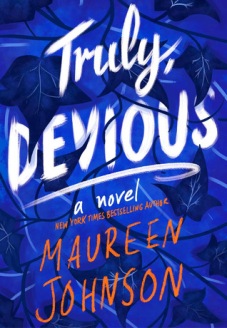 Listen. Normally, I’m SO GOOD at guessing the plot, and that tends to take the fun out of mystery books for me. BUT NOT THIS TIME. Truly Devious and The Vanishing Stair have done an amazing job of keeping me on my toes, and I’m beyond excited for The Hand on the Wall, which will finish the trilogy and finally reveal ALL THE ANSWERS.

I’m so excited, and I bet there’s something ahead that’s going to shock me completely.

I spent most of my time thinking “oh god, I’m going to hate Iseult/Aeduan, especially if it actually really becomes canon,” mostly because they started off trying to kill one another, and shifted only slightly towards cooperation (though it was more of who was going to sell who out first). After Bloodwitch, though?

You guys, I actually ship it. 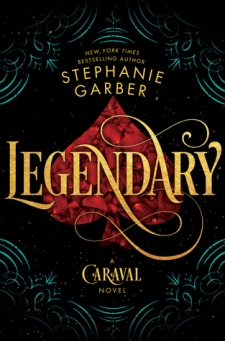 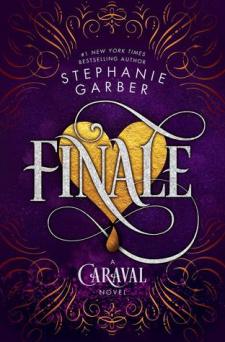 Dang, you folks are real mean to peanut butter. What did it ever do to you? Anyway, I have to pick Jacks from Legendary and Finale because I can’t stand him. I really can’t. I know there are some Jacks/Tella shippers out there, but man, I cannot get on that train. Mostly, I just want to dropkick Jacks to the moon and never see him again because. Ugh. No. No no no no no. 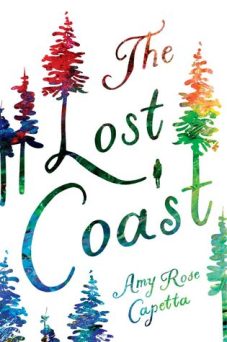 The Lost Coast was delightfully diverse, with a whole host of queer girls forming the main cast. Danny is queer, in her own terms, Hawthorn is a black bisexual girl, June is a Filipino femme lesbian, Lelia is nonbinary and gray-asexual, Rush is fat and queer, and though Imogen never uses a specific label, she too is attracted to other girls. It’s been one of those books that’s absolutely warmed my heart this year for sure. 🌈

Dani @ Perspective of a Writer

And before I go, I have to know: are you Team Pancakes, or Team Waffles? It’s an important question. Choose wisely.

14 thoughts on “The Pancake Book Tag || For All Your Books and Breakfast Needs!”

Last night was my second soccer game in five years (the first being the Monday before), and I've missed it so much! It really does wonders for my competitive streak, and it's great for getting exercise, which I'm not...amazing about. Are you competitive? 🏆 ✨ ✨ #creativebookstagram Day 21: Competition 🏆 ✨ ✨ #maskofshadows #ruinofstars #linseymiller #yafantasy #yabooks #yabookstagram #yalovin #yalit #ireadya #youngadultbooks #bibliophile #coolcovers #coverlove #bookish #booklove #booklover #bookblogger #bookstagram
Today on the blog, be sure to check out my review of ASHLORDS by Scott Reintgen! Clocking in at an enjoyable 3.5 ⭐, I loved the concept of phoenix horses, but still had a couple issues overall. And if you don't want to read my review, but have to get your hands on this book for yourself, good news! It releases tomorrow! 🧡 ✨ ✨ #ashlords #scottreintgen #yafantasy #yabooks #yabookstagram #arcreview #bookreview #bookblogger #youngadultbooks #yalovin #yalit #bookstagram #coolcovers #coverlove #bibliophile #bookish #booklover #booklove #bookobsessed
Feels good to be back in business! I've spent my January so far updating the blog for self-hosting, but now that that's done, I'm planning a lot of reading. What have you been up to? 💛 ✨ ✨ #allthebooksjan20 Day 19: Snuggle Up With a Book ✨ ✨ #songofthedead #sarahglennmarsh #reignofthefallen #bluebooks #yabooks #yabookstagram #yalovin #yalit #youngadultbooks #ireadya #lgbtqreads #lgbtqbooks #queerbooks #yafantasy #bookblogger #bookblog #bookstagram #bibliophile #booklover #booklove
✨ IT'S HERE ✨ I can officially say that Hail & Well Read is up and running! Venturing into self-hosted blogging has made me a little nervous, but I'm so excited to share this with you all! It's going to be a fun series of changes, and to read more about EXACTLY what's changing (and why it changed!), be sure to stop by the shiny new blog through the shiny new linktree in my bio! And of course, special thanks to @caroliners.jpg for doing the STUNNING graphics work to bring H&WR to life! You'll see more and more of her work as I resume posting, and I hope you take a good look. Her art is top notch, and I'm so thrilled she took this on. 💛
Exciting news! New year, new blog! Well, kind of. The Words Gremlin is going self-hosted, and in the process, getting a much needed revamp. New graphics, new name, the whole nine yards! I plan to launch on January 18th, and until then, I'm going to be hard at work behind the scenes to make everything go off without a hitch. That means a hiatus on Insta and the blog both in order to make sure everything is perfect. I hope you'll be with me in a couple weeks when the switch is complete, and that you're as excited as I am! 💛 ✨ ✨ #bookstagram #bookblogger #bookstack #notebooks #ilovereading #ilovebooks #bookblog #bookblogging #bookish #bibliophile #bookworm #bookdragon #booktography #booksofig #booksofinsta
It's the last day of 2019! It's here! And with it, I have a photo of some of this years favorite reads AND my top nine! Two of the three buns made it into the top nine, so hopefully poor Moo gets some love in 2020. 😂 ✨ ✨ #booksofig #bookstagram #bookblogger #prioryoftheorangetree #themercifulcrow #thestormcrow #bloodwitch #sorceryofthorns #beyondtheblackdoor #thelegendofelimonpress #topnine2019 #bookworm #bookobsessed #bookdragon #bibliophile #bookspines
Back to top
%d bloggers like this: